A Message From Pastor Rose

I greet you in the name of our Lord and Savior Jesus Christ. Great things He has done. He is just so good to us all the time. As Pastor of Mt. Calvary Baptist Church, I welcome you to our place of worship. We truly put God first in all that we do and trust in him to lead us down the path of righteousness.

We are a church that stands in unity in proclaiming that Jesus Saves. We take pride in serving our Lord as He has directed us. We work diligently to stay steadfast in God’s will. I am truly delighted to Pastor the wonderful, bible believing, God-fearing, faithful saints of Mt. Calvary Baptist Church.

Let me encourage you to stay strong in God’s word. Let me also encourage you to visit our church here on 44 High Street in Mullica Hill, NJ. I am sure that you will have a blessed time in the Lord. 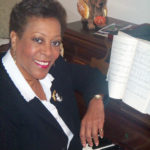 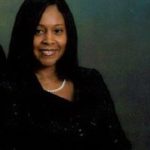 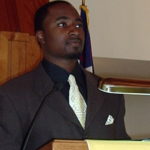 The Associate Minister is a part of the pastoral team. The Associate Minister shares in all the basic functions of the pastoral ministry. This means that he or she will assist and work collaboratively with the Senior Minister in overseeing the worship, work and outreach of the congregation and in providing guidance and direction in certain aspects of the churches common life. They must be a person of vision who not only sees what “is” but also sees what can and should be.

The vision of Mt. Calvary Baptist Church is to be a diverse, unified body that effectively spreads the Gospel of Jesus Christ to both local and distant communities.

The Mission of Mt. Calvary Baptist Church is to work in unity formulating effective ministries that advance the Good News of Jesus Christ to all communities with the purpose of building up the kingdom of God.

In the late 1800’s a small group of Black Christian believers met to conduct religious services. Since the initial meetings were conducted in various homes, they become known as “home services”.

The town fathers of Mullica Hill, observing that these newly organized worshippers needed a more suitable place to conduct their services, granted them permission to use the Town Hall. Using their only means of transportation, “the horse and buggy and walking,” and being without a shepherd to lead the flock, this small group of dedicated Christians made their way to their newly acquired place of worship. This structure still remains today, and is located on Rte. 45 at the intersection of the Bridgeton Pike and Woodstown Road.

In the beginning, there was no minister to lead the congregation, yet they continued to meet in their new found home, to sing and praise the Lord, thanking Him for the many blessings he had bestowed upon them. They could truly sing with understanding and meaning, “Let My People Go” for they had only recently emerged from the brutal system of slavery, which ended, politically in 1865. Although they had no minister, they were not without leaders; James Dwyer, George Parker, and Anthony Hynson, members of the congregation and teachers by profession, assumed the role as leaders in the reading and teaching of the Holy Word.

This newly organized group was truly grateful to the town of Mullica Hill for their generous gift, (use of the Town Hall) yet they prayed believing that one day God would give them a building of their own in which they could worship and praise His Holy Name.

They did not have to wait too long before the Lord began to answer their prayers. In 1905 the group purchased a piece of land forty-five feet by one hundred feet from a Mr. Thomas Costello. This tract of land was located on High Street approximately one half-mile east of Rte. 45. On this site, the first Black Church in Mullica Hill was constructed. This little structure on the hill reminded many of the scene at Calvary, where Christ was crucified. Thus, the congregation named their new found place of worship, “Mount Calvary.”

Mount Calvary Baptist Church was named NAACP Church of the Year on October 23, 1987.

August 24, 1974 was the day for the ground breaking ceremony for the new church. On July 11, 1976, the congregation joyously marched into their new church building, praising and thanking God for all of His blessings.

The first one hundred-eleven years of the development of Mount Calvary did not come easy, but development will never cease. We thank God for the saints who have gone before us. Let us always remember those who have led the way. We have come this far by faith, leaning on the Lord.